The first time I saw AP.9 perform wasn’t even at an AP.9 show.  A little less than a decade ago (don’t hold me to that as these years are admittedly foggy) my friend and I were at the Catalyst in Santa Cruz for an Andre Nickatina concert.  Per our routine, we sat in his 2002 civic sipping High Life forties and smoking peach optimo blunts, which were for some reason, very popular at the time.  We tucked what we had left and made our way through downtown.  Quickly, we were wanded and loosely patted down as we made our way into the already hazy building.

I had already been to a handful of Nickatina shows, mainly at the Catalyst, but I never passed on an opportunity to see another.  The night went smoothly and building felt like it kept getting smaller through out the night.  At one point during the set, this group of men seamlessly moved through the crowd passing us on their way to the front of the stage.  Holding a lit optimo, my friend turned to me and asks, “was that fucking J Diggs?”  I shrugged it off, writing it off as my friend’s inability to properly identify any black people.  I turned my attention to the optimo slowly burning in his hand and grab it.  As I turned my attention back to the stage, Nickatina has stopped the show and surely enough, J Diggs makes his way across the stage.

“We have a true bay area legend here tonight,” Nickatina coolly announced.  Nickatina always has a way of sounding excited and calm at the same time.  This is where things get a bit foggy and had I known I would be writing a piece nearly a decade later, I would have been a bit more attentive.  The music continues but it was not Nickatina on stage.  It was AP.9.  The energy is unreal as the crowd gets about four songs out of him before Nickatina makes his return.  It was so chaotic and unexpected that I remember feeling overwhelmed, but ecstatic.

I had always been a fan of Mob Figaz, but that night turned my attention to AP.9.  Sometimes it’s difficult to articulate what I like the most about Bay Area rap, but with artists like AP.9, it is clear.  I appreciate the resiliency and growth which is clear through his catalogue dating back nearly twenty years.  AP.9’s newest album 94th N Jack is the first album released by the artist since the death of group member and close friend The Jacka.  The album title and artwork pay tribute to The Jacka, solidifying his legacy in the Bay area and allowing him to live for future generations who never got to see him breathe. 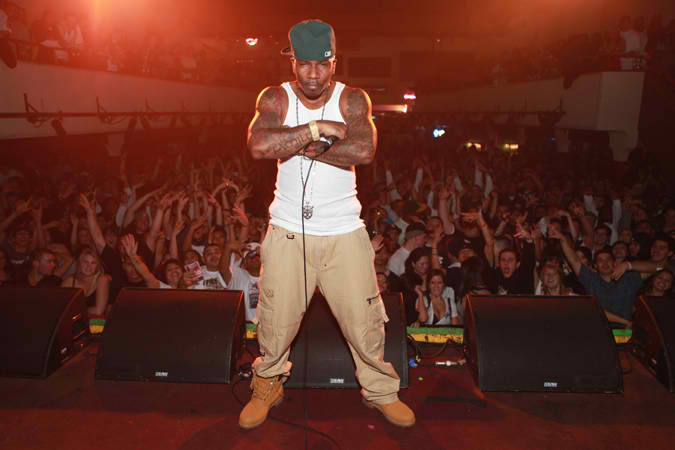 The album contains a ruggedness I always appreciate with AP.9, but also threads a humble story of loss and pain in between.  Because of the inspiration of the album, I tend to gravitate to songs like “Lord Why” and “Lil Ghetto Boy” featuring hooks by the artist Smiggz.  As a Mistah F.A.B. homer, I find myself replaying “Letter to the Jack” quite frequently as I have always found strength in his blunt emotional awareness.  There is a lot of comfort in the album and I am happy that this is the project that AP.9 pursued because it shows strength in the Bay Area.  This is what I love about Bay Area hip hop.  We won’t let anyone take anything from us.  This will live forever.

Clicking through the past